Patomkin and I have taken the last three days off of Our Way Up to participate in the GameJolt IndiesVsGamers jam, where applicants were given 72 hours to create a game. This post is about that game. 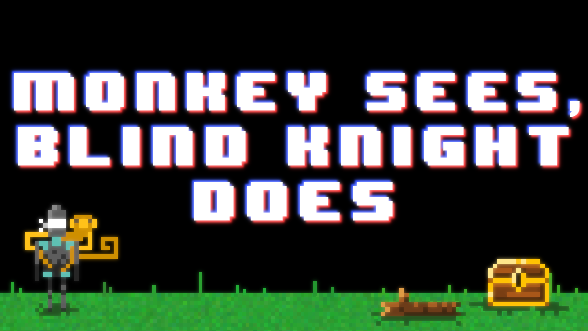 The theme of the jam was arcade, which is… quite vague, in my opinion. We have a couple of game ideas stored for a rainy day, but none of them seem to match the theme and development time, so we needed to invent something new. After a couple of hours of discussions, we came to an idea that we really liked – the player controls someone who controls a blind knight. A monkey! A monkey sits on his back and taps his arms and shoulders so that the knight would do something – attack, change hands or shoot. The player sits behind a keyboard and mashes buttons, and the monkey moves its hands wildly, commanding the knight – quite like during the battles in Star Control II. The idea seemed quite funny, mechanically sound and – what is important – achievable in 72 hours.

The first day of programming has covered the base ground in our core mechanics – by the end of day one we had a fully motional knight with implemented movement and battle mechanics. Not without problems and research – I have never done level tiling and button mashing before. The first one was easily solved with a tiling script. As for button mashing – we went with a simple string matching algorithm. It sounds easy, but it gave us a little headache in the end.

Patomkin was responsible for game visuals. The theme suggested something close to pixel art, and… well, it was our first time drawing something like that (and didn’t hurt as much). 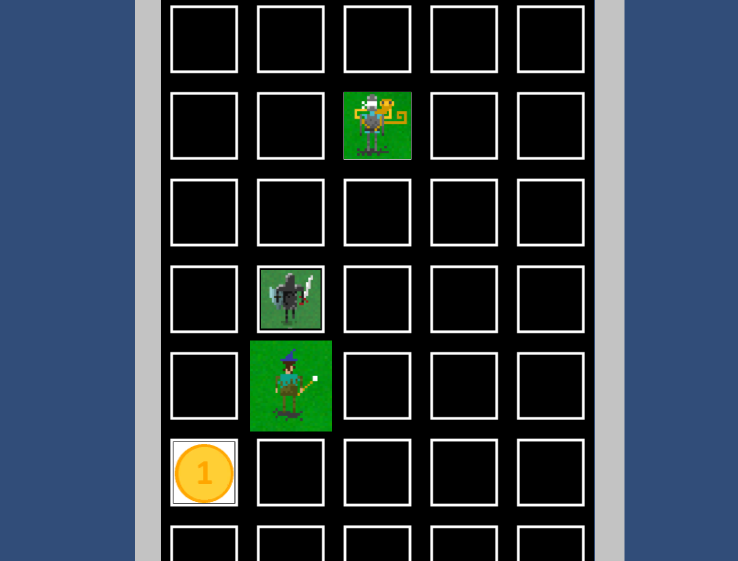 Compared to the first day, it seems like nothing big happened – we refined the art style a little bit, completed the leaderboards API and added sounds. 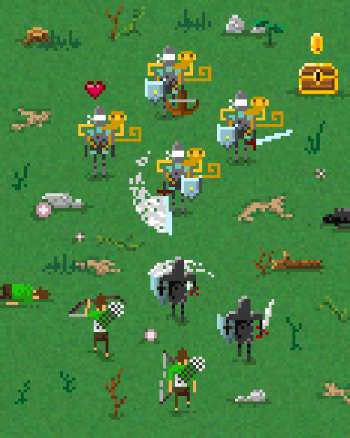 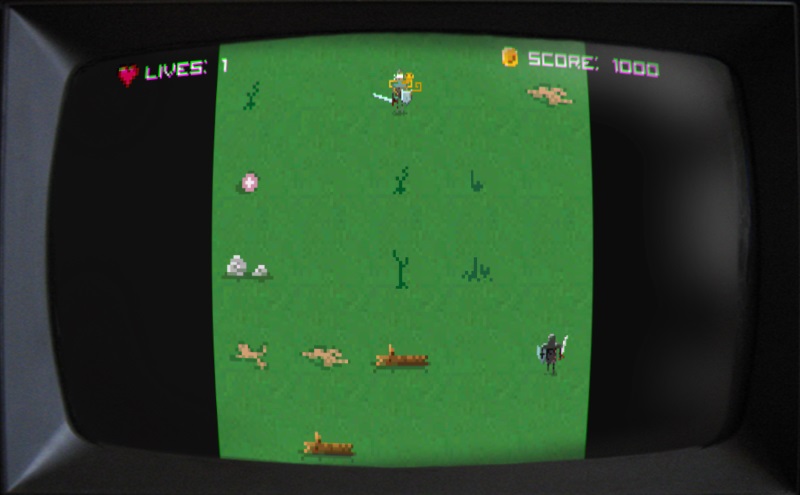 It was the most stressful day, ‘cause I was unavailable for programming and Patomkin had to finish up the work all by himself. Even then, thanks to the wonders of mobile internet, I was able to participate in creation of flavor texts that were added in the very end and which (I think) we should have done much sooner. Like “I didn’t ask for this” when the knight is resurrected, “Take what you can, give nothing back” when he finds a treasure chest, or “Manners maketh knight” when he kills an enemy. This made the game much livelier and fun. 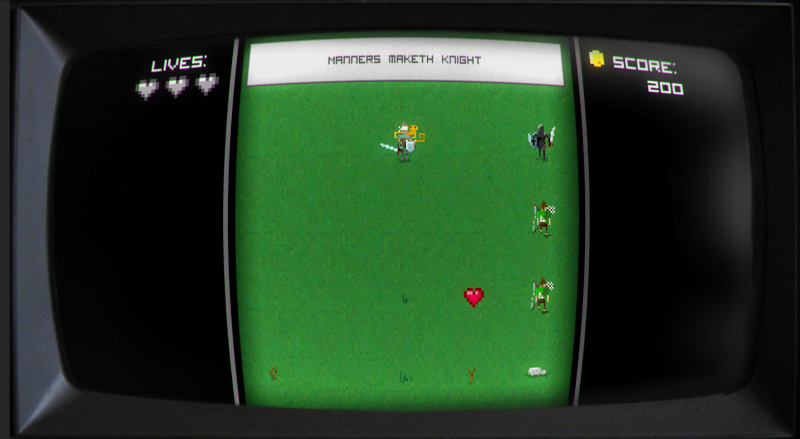 Four hours before the jam ends we double-checked everything we had and sent it in. We were so tired, that it would not be possible to add anything new or alter existing stuff in the game.

You can check the game and play it on GameJolt web page. Judging by the ratings, we went a little bit too far with our “hardcore” control scheme and players do not really like. Well, changeable difficulty was that one idea that was always around, but didn’t really make it into the game. And it’s a shame.
We also should have popularized the game more – some developers streamed their progress and got much more attention due to that. I’ve tried as much as I could, but twitter just wasn’t enough. Or I did it wrong. Dunno.
Overall, we are pretty satisfied with what we’ve done and how it works. The jam was a new experience for us and we are currently considering doing more of that kind of development. Ludum Dare is a thing and is launching at the end of August, we’re thinking about that. If you know any other worthwhile jams, please let us know. Meanwhile, we’re getting back to Our Way Up.